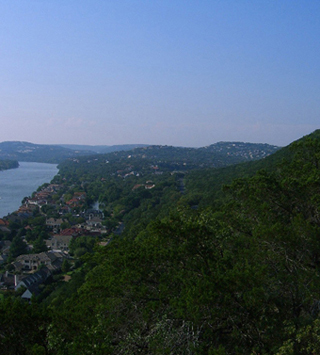 The concept behind Beverly Skyline Residence revolved around the notions of recycling a building, reusing natural and manmade resources, and reclaiming the ancient ideal that buildings can and should be sacred places, especially the home.


What began as a modest remodel turned into a full master-planning for the site. This included a complete recycling of interior and exterior materials, an addition to the existing 1970’s home, and garden re-organization. Because the original house was poorly sited, a large motivation of the design was to reconnect the house with its site by utilizing the steep topography to capture the expansive views.


The goal was to integrate the architecture with the native garden and creek at the bottom of the property. To fully enjoy the reclaimed views, the house is wrapped by exterior decks with glass railings. Inspiration was taken from Kiyomizu temple in Kyoto, Japan, which sits above the landscape and provides panoramic views of the city.


In the spirit of reclaiming value, recycled materials were employed at every possible opportunity. The front façade of the house is comprised of recycled glass blocks, which were provided by the owner. The original monolithic character of the house was further dematerialized through the use of slats installed as rain screens, which dissolves the façade of the house, particularly at corner conditions.


The project also makes extensive use of harvested rainwater stored in pools and reservoirs to re-connect the house with its site. The water system lends a sense of drama to the intervention. A series of cascading ponds serve as part of the rain water collection system on the utilitarian level. On the aesthetic level it provides a peaceful transition between the landscape and the architecture.


The garden is comprised of plants that are primarily native to the central texas region. This minimizes the usage of water, and follows principles of xeriscaping. The garden is planned around existing mature trees and shrubs with various ground covers and perennials. The intention was to preserve the characteristic of the site as much as possible and retain the essence of a landscape native to the Edwards Plateau in the hill country. 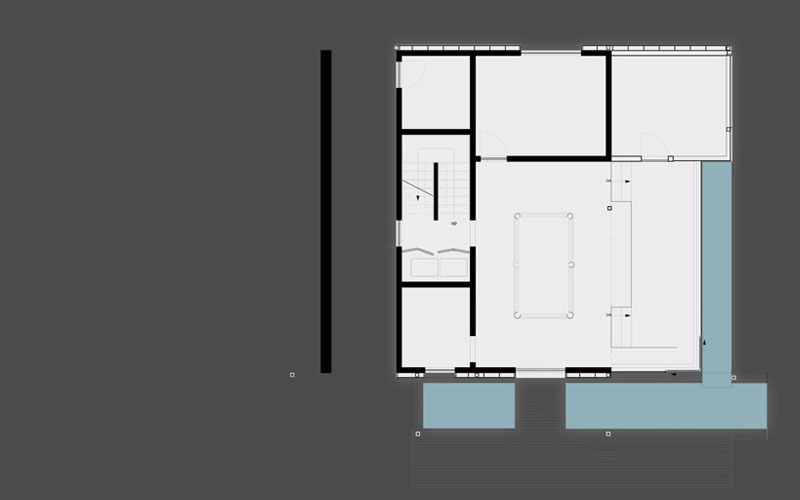 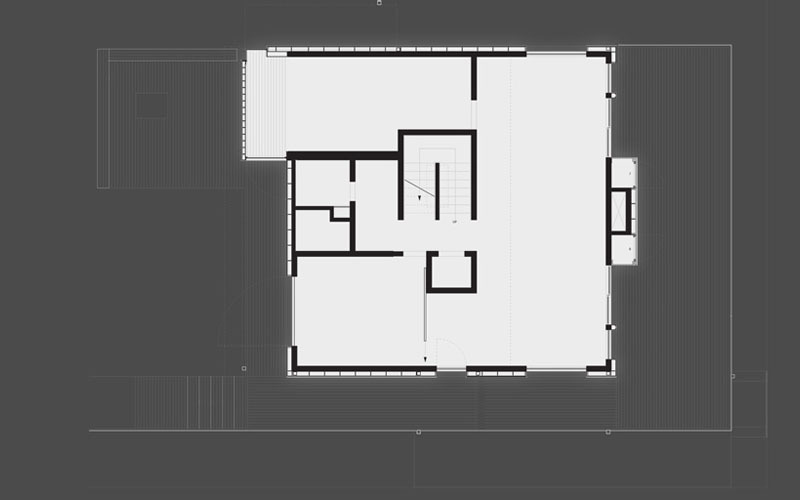 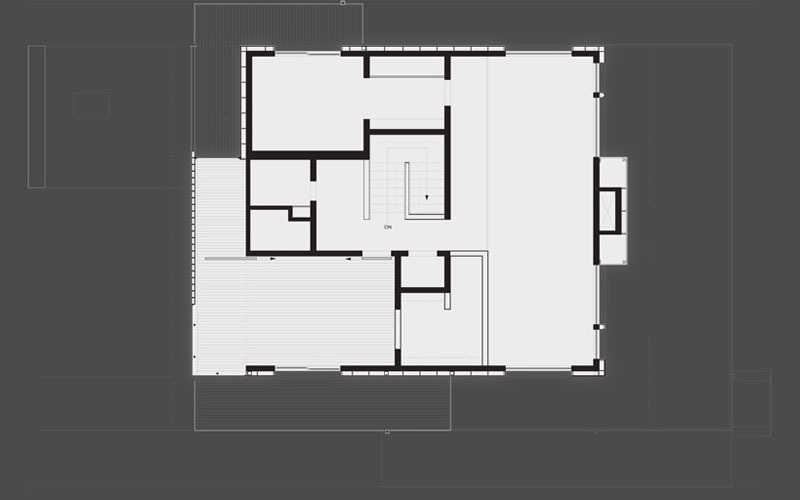